User Roles are a key feature of SmartSimple: they are defined in the system by System Administrators to categorize users and to provide the basis for setting Role Based Security permissions. The majority of your configuration needs will be using role-based security settings.

Roles have the ability to control the following features within your SmartSimple system:

Prior to adding many users to SmartSimple, it is important to define roles:

Always make sure that the role is defined prior to Importing Users or adding users via Auto Loader. Both methods provide features that will prompt you to select one or more roles for the users that you are uploading.

1. Click on the 9-square menu icon on the top right of your page.

2. Under the heading Configuration, select Roles and Security.

5. A list of roles available to the system will be displayed; if you want to edit a role, click the pencil icon next to the name of the role. To create a new role, click the New button (+ icon).

There are only two fields that need to be defined in order to create a role: the name of the role and a narrative description. 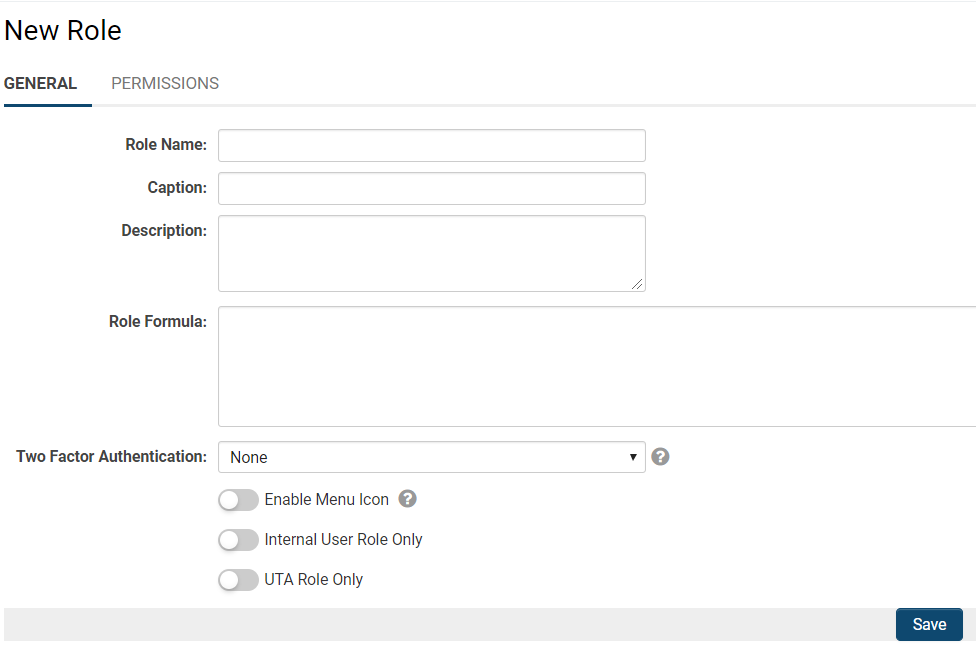 However, it is best practice to fill out as many of the fields as possible, with as much explanatory detail as possible. Role settings are described below:

Once you are done filling out the general edit fields for creating a new user role, click the Save button at the bottom.

When a user is added to a role, the role will be visible on the role list of that user's profile.

Clicking into the second tab of the New Role page will display the permissions for that role.

When you Edit an existing role, or after you create and Save a new role, the page will reload and display a left hand menu that gives you access to different features of the role. 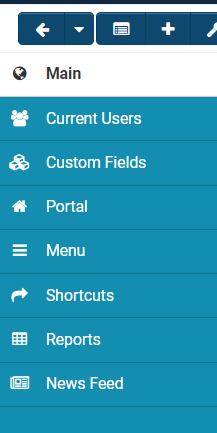 Remove or Add from Current Users

You are also able to Add or Remove users in bulk when you access the Current Users section of the role's Edit Page, using the Add User button.

1. Click into the Current Users tab from the left hand side menu. The list of current users, if any, are displayed.

2. Click the + icon on the top left that will allow you to add new users to this role.

3. The Add User to Role screen will launch, with Search options including the ability to select certain roles as the results of the search.

4. Select all of the users that you would like to associate with this role.

To Remove Users from a Current Role, simply go to the list of current users and select the names of the users who you would like to remove from the role. Once at least one user is selected, new buttons will appear at the top of the list that give you the ability to remove users.

Click Yes when the confirmation message appears if you are certain that you want to remove the selected user(s) from the role.