From SmartWiki
Jump to: navigation, search

SmartSimple integrates with the U.S. Census online database to provide our clients with the ability to access the most up-to-date geographically-relevant data pertaining to their clients.

Census data is provided at three different levels: Tract, County and State. Census Tracts are the lowest level of geographic region for which census data can be returned.

In the example below, a Web Page View has been configured to display all three levels of census data on an organization profile. 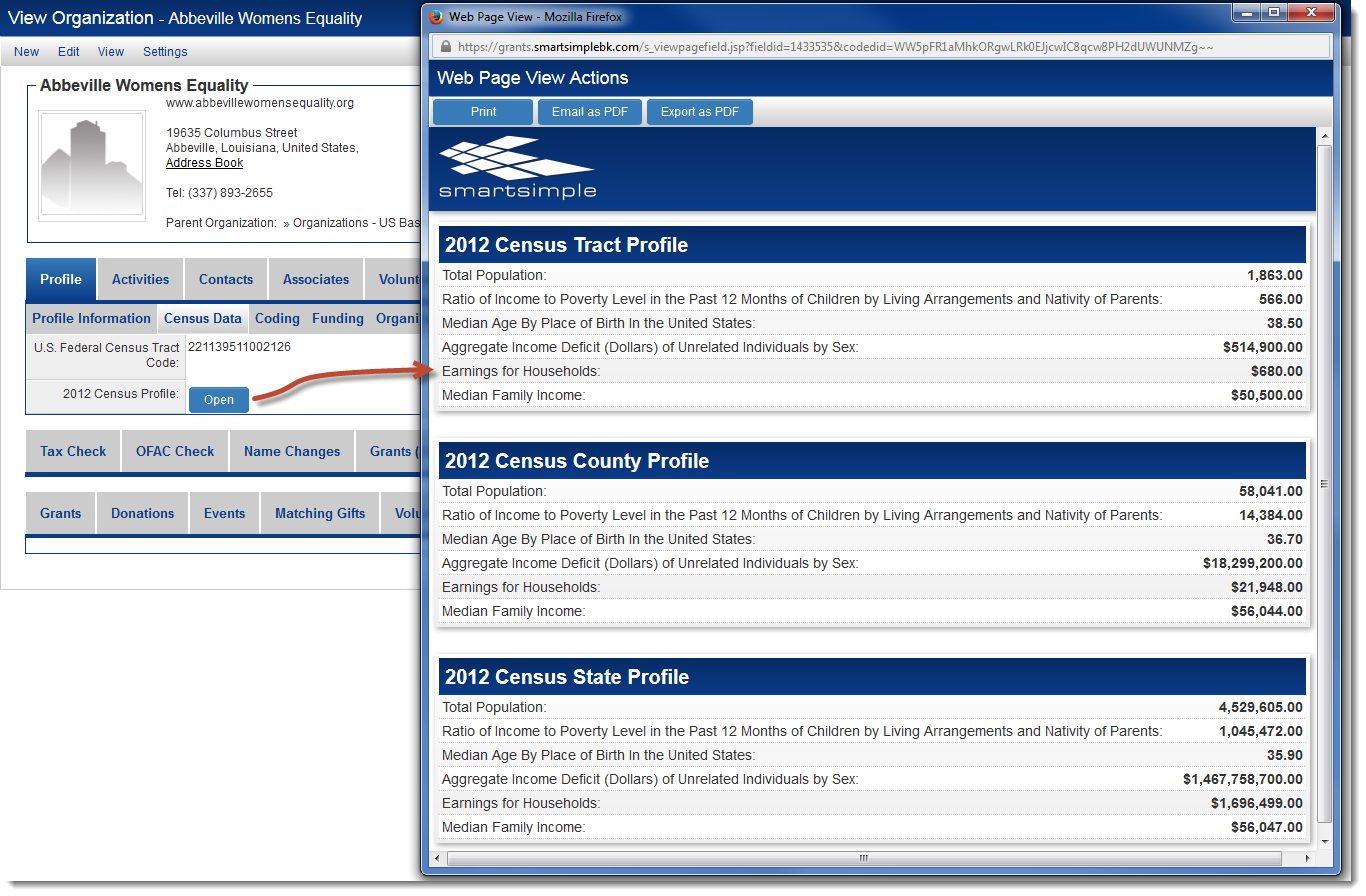 Census Data can be referenced anywhere in SmartSimple:

...on a Universal Tracking Application™ record: 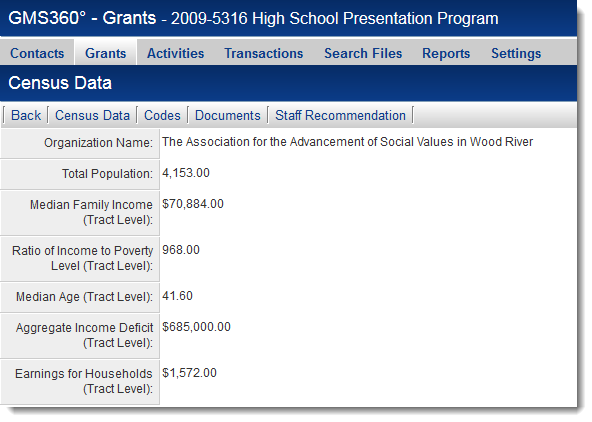 ...or anywhere else. Data from the U.S. census can also be used to drive branching logic on SmartSimple workflows, or perform other calculations. 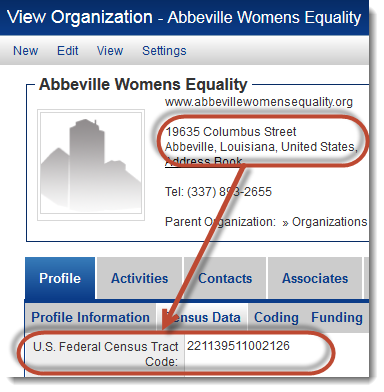 In the above example:

In the above example, the census block number for Abbeville Womens Equality's location is returned using the following variable:

On a Universal Tracking Application™ record, the census block number can be returned for an associated Organization by using:

Detailed census data can be retrieved at three levels, the tract, county, and state.

Characteristics Available in the Census Templates

A variety of datasets are available from the Census Bureau's templates. Using the templates, you can return census data broken out by the following categories:

The census data templates used in the illustration at the top of the page are as follows: