From SmartWiki
Jump to: navigation, search

It is a trivial matter to concatenate these two columns in Excel or other spreadsheet programs; however, the conversion process from Excel back to csv may introduce errors into the upload file. As well, if the file is uploaded to the SmartFolder automatically to trigger the autoloader process, there will not be an opportunity for this intervention.

The solution is to use Merge Control to concatenate the first name and last name into one column. In this example, we've entered 1= ,2,3. This means that the first column will be replaced by the value of columns 2 and 3, separated by a space. 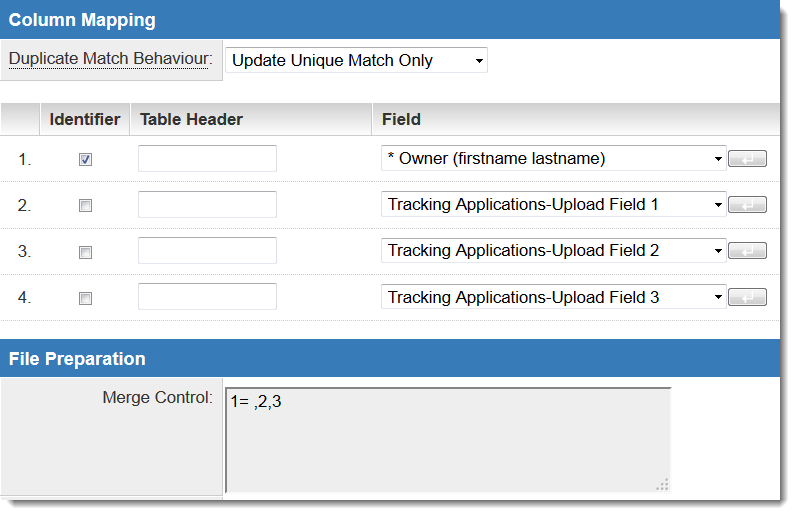 An Autoloader Constant can be defined to update your autoloaded records to a single, constant value. As above, it is straightforward to create a single upload file with the same value in each row for a column. But when dealing with multiple uploads that do not already contain a constant value, or automatically-uploaded files, using the Autoloader Constant is the recommended method.

Multiple Merge Controls can be used in the same autoloader, separated by double semicolons. Example: 2=~;;4=12345

To populate your uploaded records with a constant value, simply indicate the column number of the destination field followed by the equals sign and your constant value. Example is to populate the Status of imported users to "Inactive" with statusid=12345. In the File Layout tab, map item 4 for * Status ID and in the  Process tab under the File Pre-Processing section add in the Constant textbox: 4=12345.

To populate your uploaded records with the current date, simply indicate the column number of the destination field followed by the equals sign and the current date: now(). Example: 5=now(). 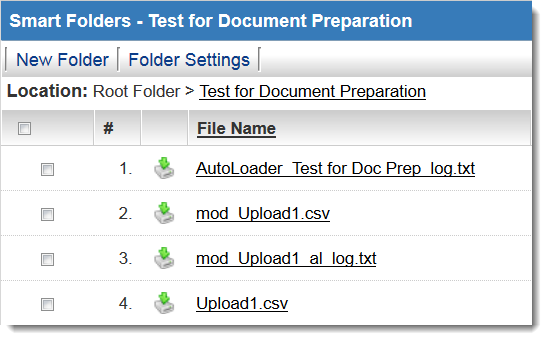 Both the original upload file and the file modified by the Autoloader File Preparation processes will be available for review in the SmartFolder.